Sprinting was one of the earliest forms of competitive motorcycling, and Douglas machines were at the forefront of speed events from the early 1920s, when the factory introduced the OHV sports models. Subsequently developed into the Dirt Track (later known as speedway) machines of the late 20s, these bikes are still impressive performers today. For many years, the Dirt Track-based machines have been used to good effect in sprinting by such illustrious names as Steve McQueen, and the tradition has been maintained in recent years by the Club’s own Henry Body who has held the class record for every course he has ridden. 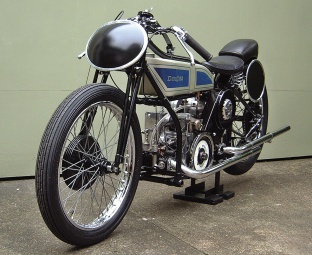 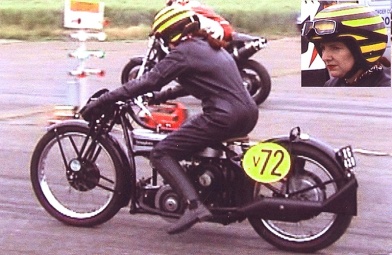 DT-based Douglas sprinting through the lights

The present day sprinting scene still has a fair smattering of Douglas motorcycles giving a good account of themselves, in events organised by The National Sprint Association and The Vintage Motorcycle Club.